SAN FRANCISCO, CA – As part of their announcements for the month of May, GaymerX and MidBoss announced today three new “Bosses of Honor” for GX3: Will Shepherd, Ricki Ortiz, and Naomi Clark. Additionally, musical artists for the show were announced ranging from indie darlings The Doubleclicks and Super Soul Bros, to the more hip hop inspired sounds of SAMMUS and 2 Mello.

Will Shepherd is one of the leading LGBT game streamers and personalities currently on Twitch and YouTube, leading the charge for equality in the realm of game broadcasting. Ricki Ortiz is a prize fighting game competitor, one of the top ranked in the world. Naomi Clark is a veteran games academic who was notably featured in the documentary Gaming In Color and is the creator of Consentacle, the card game of trust, communication, and intimacy. The Doubleclicks have received wide renown for their many geek-culture themed songs and for their projects on YouTube and with folks like Will Wheaton. Super Souls Bros is a collective of San Jose musicians whose claim to fame is their collision of jazz, funk, and the tunes of classic video games. SAMMUS brings an intelligent, cultured style of rapping to the table that portrays her vast love of video games. 2 Mello is a composer of quick success–after a few albums with friends and some unfinished projects he sprung to fame after a deal with Scrub Club Records based on his solo album, Super Producer. These are the many faces and sounds that were announced today for GX3.

MidBoss CEO and GaymerX founder Matt Conn had this to say about the announcement. “Gaming celebrities come in all shapes and sizes, and having Bosses of Honor who represent the fighting games, Twitch, and DIY communities really helps showcase that ‘Everyone Games.’” 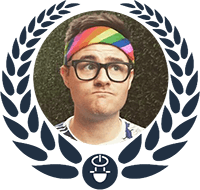 Will Shepherd is from Crawfordville, Florida, and has always been a massive fan of video games,as they distracted him from the nearly unbearable amounts of bullying he had to endure from his classmates and his father while growing up gay in the Deep South. He sought solace on the other end of the joystick, to this day he’s convinced video games saved his life. Will is one of the most famous gay gamers on Twitch, has been a huge part of the rising gaymer culture, and is one of the most recognized faces in the community. He currently lives in Los Angeles with his fiancé and their adorable German Shepherd, Dobby. 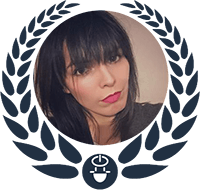 Ricki Ortiz is from Northern California and first made a name for herself in the Tekken scene. A fierce fighter, Ricki Ortiz has proven herself as not only one of the best players in the NorCal region, but also one of the best in the world. A veteran of the fighting game community for years, Ricki has been a force to be reckoned with in countless tournaments dating back to Capcom vs. SNK 2, Street Fighter III: Third Strike and Marvel vs. Capcom 2. 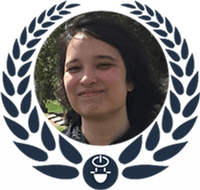 Naomi Clark is an independent game designer based in New York City. Over the last two decades she’s worked on a wide variety of games including early text-based virtual worlds, educational games on many subjects, game development tools for kids, and digital brick-building systems for LEGO. She currently teaches game design at the NYU Game Center, and recently co-authored a textbook on game design entitled A Game Design Vocabulary. Her current projects include a game about language with the Brooklyn Game Ensemble; a web game about data privacy practices; and Consentacle, a two-player card game of trust, communication and intimacy. 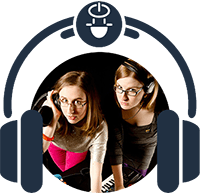 The Doubleclicks are two sisters who sing sincerely about the things geeks love: dinosaurs, super-villains, Dungeons & Dragons, and more. The duo has gained renown for their YouTube videos including the geek girl song “Nothing to Prove,” for appearing on Wil Wheaton’s web show Tabletop, and for writing the theme song for Cards Against Humanity. The Doubleclicks have toured nationally, performed at w00tstock and on the Jonathan Coulton cruise and their 2013 album Lasers and Feelings hit the top 10 on Billboard’s comedy charts. Their 2014 album Dimetrodon features song about burritos, dinosaurs and cats and was funded by an $80,000 Kickstarter project. Doubleclicks’ concerts are perfect for fans of the cello, of the 1995 BBC mini-series Pride and Prejudice and for people who want to learn more about dinosaurs. 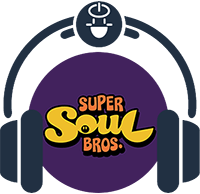 Super Soul Bros are a collective of San Jose-based musicians, whose fusion of jazz & funk meets the familiar melodies of classic video games. Formed in 2012 by keyboardist Robbie Benson, the Super Soul Bros have become known for their dynamic musicianship, improvisation, and nostalgic grooves comparable to jamming a 70’s Herbie Hancock record into a Nintendo Entertainment System. Whether they’re taking requests on the fly, or the crowd’s busting into a full-on soul train, it’s always a party with the Super Soul Bros—one that could only receive the ESRB rating: FOR KIDS AND ADULTS 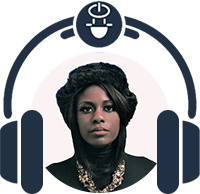 Sammus is an upstate NY-based rap artist and producer with Congolese and Ivorian family roots. Since joining NuBlack Music Group in early 2012, she has released two albums; a collaborative EP with nerdcore MC Random aka Mega Ran, a beat tape, and a Kickstarter-funded Metroid EP. Her production is characterized by her use of uniquely chopped samples, and video game-like synths. She has been called the “rap Aisha Tyler” (MTV Iggy) because of her smart lyrics that often draw on her love of gaming. When she’s not rapping, she moonlights as a graduate student at Cornell University in Ithaca, NY. 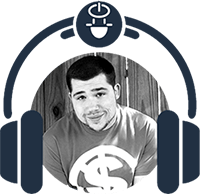 2 Mello is a music producer who creates remixes and original compositions with equal passion. He began producing hip-hop in 2005, after learning the basics of composition, sampling and synthesis. After producing three albums with local friends and polishing many unreleased projects over 11 years, Mello was finally able to prove his talent to a wider audience after being signed to the online, non-profit record label Scrub Club Records off the strength of his debut solo album, Super Producer. Mello’s first-ever mashup, Chrono Jigga saw Jay-Z’s lyrics mixed with handcrafted beats from the Chrono Trigger soundtrack, and gained Mello worldwide acclaim.