This year, we have been given a special opportunity to host the first ever Indie Dev Contest sponsored by Intel. We are proud to have such a large company at our back, and glad that they’ll be bringing this exciting event to the table. It’s especially great because anyone can interact, even if they’re not attending.

What does this mean for me?

It means that you, as a GX3 fan, can vote in this contest. To participate, all you need to do is determine what you think the best indie games being exhibited at GX3 are. Then you have to rep them hard!

I didn’t come ready for a contest! What do I do?

Fortunately, the whole process is pretty easy. The contest is based on a voting system, where users both at the convention and outside of the convention will vote for a given game or games by tweeting.

So all you need to do? Get voting on Twitter! The contest window is 7:00PM on Thursday, December 10th to 12:00PM Sunday, December 13th. In that window, you want to tweet about the game you wish to vote for and include that game’s Twitter account while using the hashtag #BestIndieGX3. Every tweet made that has a given game’s Twitter @ name and that hashtag will count as a vote towards it. Voters are encouraged to vote as much as they like for a given developer/game (within reason) and are welcome to vote for as many developers/games as they wish.

For example, “Smooth Operator is the best game ever! #BestIndieGX3 @Beardogames”

So in short? Get ready to tweet about your favorite game(s) with the account tagged in it and including the hashtag #BestIndieGX. Everything else is taken care of!

Well this all sounds great? Where do I find out who won?

The winners will be announced at the GX3 Cosplay Pageant which takes place at 4:00PM on Sunday, December 13th. If you want to hear the placings, be sure to be there!

We’re looking forward to this event and think it will be great for both our developers and the convention as a whole, so we hope you’re as eager to participate as we are to put it on! If you have any additional questions about the contest, entry, participation, and so on, feel free to email us at [email protected] and we’ll do our best to provide answers.

Have you heard about Habitica, a productivity app that makes your life like a game? :O

When you check off your real-world tasks, you level up your avatar and unlock features such as armor, pets, and even quests that you can complete with friends. GaymerX has designed an exclusive Rainbow Warrior armor set for Habitica, which will be available on until December 14th.

To get the special GaymerX armor, check out the website at https://habitica.com or download the iOS app now!

Designed by the amazing @JJsignal! :3 its pretty cool, especially if you’re already an existing user of Habitica! 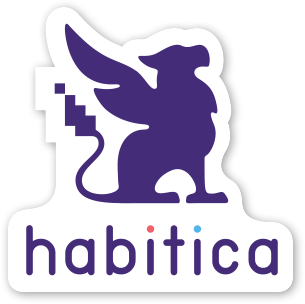