For those of you who couldn’t attend GXDev we wanted to give a wrap-up of our very first queer game jam!

Throughout our time running the GX conventions, we’ve brought up time and time again the value of bringing more voices to the table in games. We’ve talked a lot about all of the new tools and communities that can help you make your first projects easy. Eventually we got to thinking that we’d like to do more than just tell you how to make games, but give you a place to do it too. 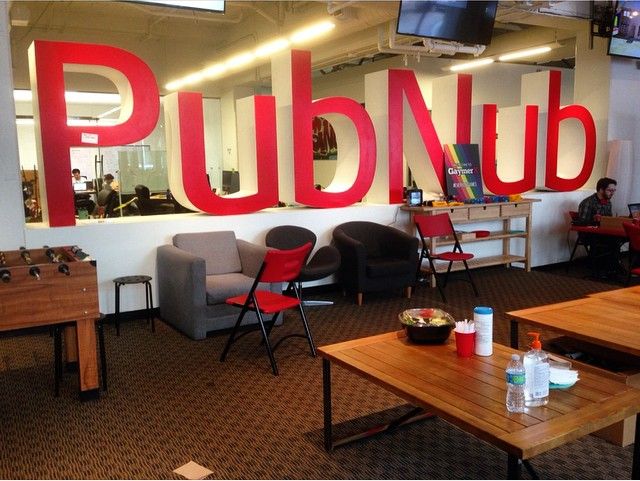 We were gracefully given the PubNub offices to run our first game jam. From then on, generous contributions from folks like SpriteBuilder, Tobii, Firebase, Github as well as the rest of our awesome sponsors made the event possible. 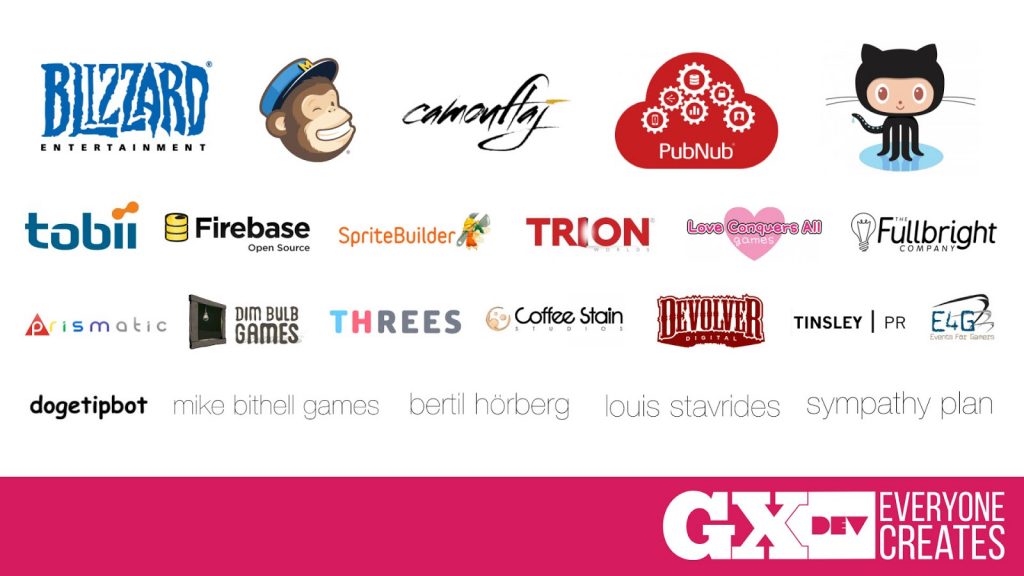 Our Speakers, Mentors, and Judges 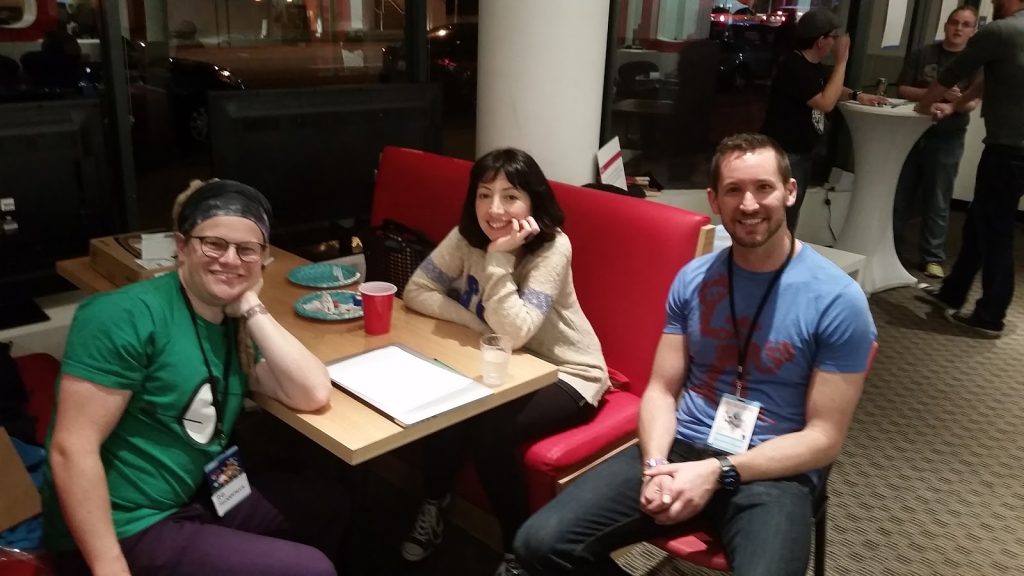 And all of our other amazing speakers, guests, volunteers, and game devs! 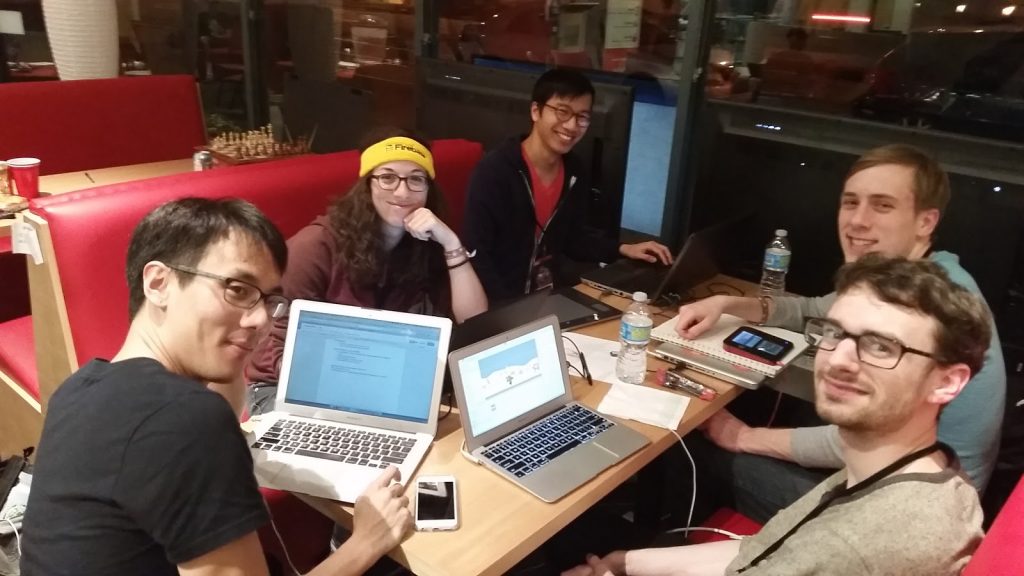 To split up into teams of 1-5 and try to make the best games we could in 24 hours. The theme of GXDev was “The Stories That Aren’t Told” to encourage games with themes we don’t usually get to see. Devs were offered food, snacks, drinks, supplies, hardware, wifi, and lots of encouragement. 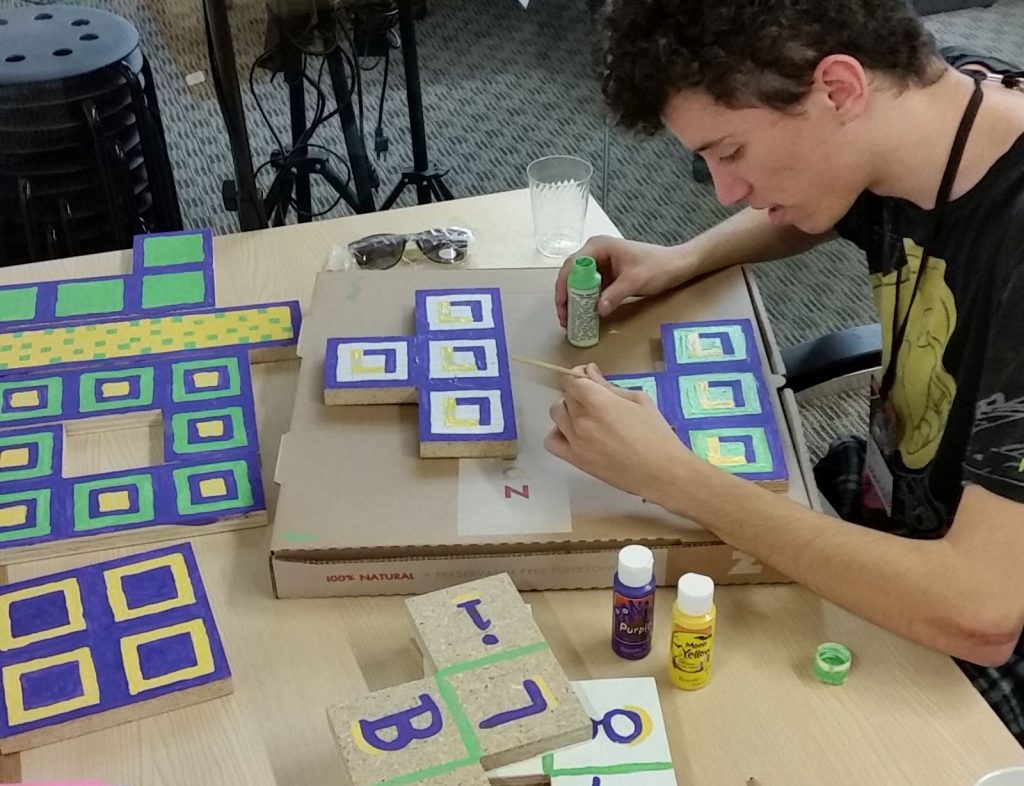 All of our groups really knocked our socks off, making a whole lot of really incredible games that covered a lot of ground. After a brief presentation, games were played by the judges and voted on for awards. We had winners for best use (or misuse) of color, most ridiculous, and loudest and proudest. But we know what you’re looking for:

Now not only can you hear about the awesome games we made, but you can check them out yourself! There’s a game where you play as a cactus seeking a hug, a butt dating sim, and a game where you play as a materialistic crow. We’ve got an itch.io page for GXDev where we are hosting the games that were made, and I think you’ll be amazed at what got done in 24 hours or LESS!

Thanks so much for being a part of making GXdev happen – it was only through making GX3’s kickstarter successful were we able to put together this game jam focusing on making awesome queer games – and your support, whether coming to GaymerX or donations to Kickstarter to buying Read Only Memories, helps us make more queer friendly games and queer themed events for the gaming community.
THANK YOU!!!

<3 Matt and the GaymerX Team