Get your dice out! Sharpen your pencils! Ready your spell components! GaymerX has some awesomesauce to share with you!

Did you know that GX3 will include dedicated tabletop gaming rooms and programming? Our tabletop games programming this year will include Pathfinder Society, D&D Adventurers League, Dragon Age, Mutants & Masterminds, Blue Rose, and other one-of-a-kind adventures in a variety of systems! For D&D Adventurers’ League, you’ll be excited to hear Associate Community Manager Alan Patrick will be joining us to run some games! We’ll even be having a workshop on LARP!

But what would three days of LGBTQ friendly and inclusive tabletop gaming be without special guests from the industry joining us? We’re thrilled to announce our Tabletop Industry Bosses of Honor! 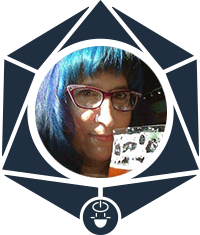 Donna “Danicia” Prior is the Sparkly Princess of Social Media & Community Management in the video game industry. She is the Events Manager for Green Ronin Publishing and is the Executive Director of OrcaCon, the Inclusive Analog Games Convention in Everett, WA. Donna is on the Community Management Advisory Board at the Game Developers Conference. She has spoken about building communities, diversity, harassment, and accessibility at the Game Developers Conference, numerous times at PAX / PAXDev, Gen Con, Mensa Annual Gathering, NorWesCon, and the Community Manager Conference in Leipzig, Germany. Donna is a gamer and a beer geek, often combining both hobbies while teaching new people to game and appreciate beer. She’s also insists she is NOT a Hobbit. You can follow Donna on Twitter: @_Danicia_. Find her also on http://about.me/Danicia 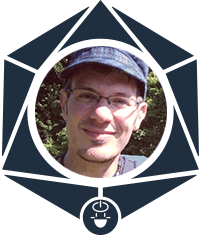 Steve Kenson is a designer with Green Ronin Publishing. He designed the Mutants & Masterminds Superhero RPG and the DC Adventures RPG (using the same system) as well as doing design and development work on Blue Rose, True20 Adventure Roleplaying, and A Song of Ice & Fire Roleplaying. An author and designer in the RPG field since 1995, Steve has worked on games such as Shadowrun, Earthdawn, Aberrant, and many others. He designed the Icons Superpowered Roleplaying game, which he published through his own imprint, Ad Infinitum Adventures. Steve maintains a website and blog at stevekenson.com. 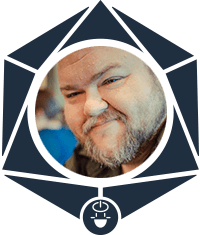 Joseph Carriker is the developer for Green Ronin’s A Song of Ice and Fire Roleplaying, as well as the adjunct Chronicle System line of game supplements. He has been writing in the gaming industry for fifteen years now, and has written and developed a variety of game lines over those years, including most of White Wolf/Onyx Path’s World of Darkness, Exalted and Scion lines, Wizards of the Coast’s Dungeons & Dragons Third Edition line, and Green Ronin’s Blue Rose and Mutants & Masterminds in addition to his work on A Song of Ice and Fire Roleplaying. He is an outspoken queer gamer, having helped organize and take part in the annual Queer as a Three-Sided Die panels at GenCon. Joseph lives in Portland, Oregon with his two partners A.J. and Chillos, and likes to believe he does his part in Keeping Portland Weird. 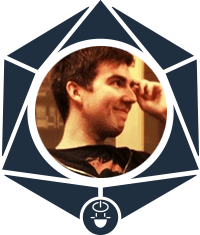 Editor-in-chief at Paizo Inc. and co-creator of the Pathfinder Roleplaying Game, F. Wesley Schneider is the author of dozens of Pathfinder and Dungeons & Dragons stories and adventures. Aside from having passionate opinions about horror, worldbuilding, and storytelling, he’s spoken at length on inclusively and LGBTQ topics in gaming. He’s currently co-authoring Dynamite’s Pathfinder: Hollow Mountain comic series and his first novel, Bloodbound, releases from Tor in December. 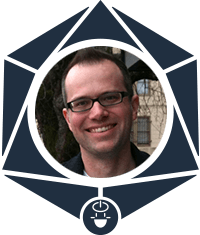 Jeremy Crawford is the co-lead designer of fifth edition Dungeons & Dragons, the lead designer of the fifth edition Player’s Handbook, and one of the leads on the Dungeon Master’s Guide. He has worked on many other D&D books since coming to Wizards of the Coast in 2007. You can reach him on Twitter (@JeremyECrawford).

Not only will many of these fine people be speaking on panels and running games, on Friday night they will be playing in a public view game of Fantasy Flight Games Star Wars: Edge of the Empire in our Tabletop Games Room!

Make sure to grab your tickets for GaymerX3 today  and then head over to our Warhorn site to signup for games and then keep an eye our programming schedule for other events and panels these guests will be participating in!  Still needing to get a hotel room? Our overflow hotel, the San Jose Fairmont, still has plenty of rooms for the full weekend left at their special GaymerX rate! Get them soon before they’re sold out!

Have questions about our tabletop programming? Send them to Tim Mottishaw, our Tabletop Coordinator, at [email protected]!

May all your hits be crits!