Since its inception, the creators of GX: Everyone Games have endeavored to make the convention a safe gaming space for everyone. Recently, more attention has been paid to toxicity in gaming culture, especially with regard to the targeted attacks on women and LGBTQ individuals online. In an effort to combat this toxicity, GaymerX is continuing its work to create an inclusive space for people of all genders, races, and orientations, while creating a safe environment where marginalized voices can be heard.

GaymerX’s Toni Rocca had this to say “You read about the horror stories from every major gaming event where women and queer people are harassed, touched without their consent, and simply made to feel unwelcome. We wanted to create something different. The work of people like Anita Sarkeesian have made it easier to raise awareness about these issues and to show people that things can be done about them.” Sarkeesian spoke at last year’s GX to a warm reception.

Anthony Burch, also a GX veteran, commented on being a guest this year, “As someone who loves video games, fun conventions, and occasionally kissing dudes on the mouth, I am absolutely psyched to be a guest of honor at GX3.” Burch spoke at GX2 and GDC about the success of progressive characters created during his time as lead writer for the Borderlands franchise.

Joining for the first time this year will be Dr. Kortney Ryan Ziegler, award winning filmmaker and activist. His work both with Trans*H4CK, working to use tech to empower trans individuals, and BlackStarMedia, a resource for black entrepreneurs, caught the eye of GaymerX, bringing him on as a judge for the GXDev game jam and now as a Boss of Honor for GX3.

Full list of Bosses Of Honor can be found here. 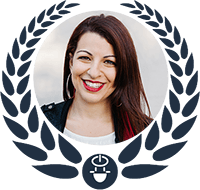 Anita Sarkeesian is a media critic and the creator of Feminist Frequency, a video webseries that explores the representations of women in pop culture narratives. Her work focuses on deconstructing the stereotypes, patterns and tropes associated with women in popular culture as well as highlighting issues surrounding the targeted harassment of women in online and gaming spaces. Anita was the recipient of the 2014 Game Developers Choice Ambassador Award, she was given a 2013 honorary award from National Academy of Video Game Trade Reviewers and was nominated for Microsoft’s 2014 Women in Games Ambassador Award. Anita was named one of TIME 100 Most Influential People. 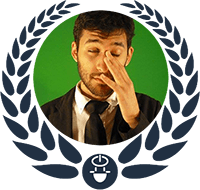 Anthony Burch  is a writer at RocketJump. He used to work at Gearbox Software, where he was lead writer of Borderlands 2 and all of its DLC, and a writer on Borderlands The Pre-Sequel. He also co-writes and co-stars in a nearly-famous comedy series called, “Hey Ash Whatcha Playin’.” 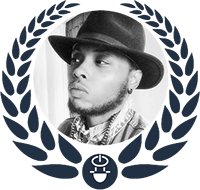 Dr. Kortney Ziegler,  founder of Trans*H4CK and cofounder of BlackStarMedia, is an Oakland based award winning artist, writer, filmmaker, activist and entrepreneur. He has produced dozens of films, is the director of the multiple award winning documentary, STILL BLACK, and was named one of the most influential African Americans by TheRoot100. Kortney’s best friend is a tiny dog named Dough.