GaymerX Announces First Special Guests, Remainder Over Month Of May

SAN FRANCISCO, CA – GaymerX and MidBoss announced the first five of fourteen “Bosses of Honor” selected for their 2015 video game convention, GX3: Everyone Games. The remainder of the recently-finalized list is to be announced over the month of May, with two to three honorees being revealed each Wednesday.

The first five Bosses Of Honor (GaymerX’s title for special guests) announced today include Mass Effect’s Jennifer Hale, Adventure Time’s Natasha Allegri, Portal’s Ellen McLain, Cogs’ co-creator Dr. Rob Jagnow, and Team Fortress 2’s John Patrick Lowrie. While McLain and Lowrie were also special guests for the first GaymerX convention in 2013, Hale, Jagnow, and Allegri join as first-time Bosses of Honor. MidBoss, the producing company behind GaymerX, has expressed their excitement that these guests will be joining them for this year’s event.

MidBoss CEO Matt Conn had this to say about the announcement. “Our first five selections have all helped to bring us awesome mainstream characters that are held dear by the LGBT community. We’re fond of their creations and are extremely proud to have them joining us for GX3.”

GaymerX president and co-founder Toni Rocca also expressed her enthusiasm about this year’s honorees. “I’m definitely thrilled. When someone becomes a Boss of Honor it’s kind of like they become a part of our family, and each year our family just gets bigger and bigger. Our lineup this year is pretty amazing and I really hope we’re making some dreams come true.” 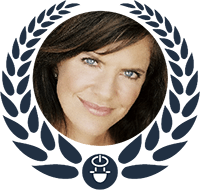 Jennifer Hale is a gifted Voice Actress best known for her work in the Mass Effect franchise. There, she voiced the main character of the games, Commander Shepard, a performance that landed her nominations in 2010 and 2012 at the Spike Videogame Awards. Her work has been in many major titles including Baldur’s Gate, BioShock Infinite, Star Wars: KotOR, Metal Gear Solid, Mortal Kombat X, and many more, awarding her the Guinness World Record for “the most prolific voice actor (female)”. Most recently, she voiced the character Cremisius “Krem” Aclassi, a transgender man in the world of Dragon Age: Inquisition.

Natasha Allegri is a cartoonist most famous for her work as a storyboard revisionist and artist in Cartoon Network series Adventure Time. During this time she also created the gender-swapped protagonists Fiona and Cake who were featured in full episodes of the show, which led to comics of them being created by Natasha herself. Later, after a crowdfunding effort on Kickstarter reached over $850K ($200K+ above the goal) Natasha and Frederator Studios turned her short Bee and Puppycat into a miniseries on the Cartoon Hangover YouTube channel. 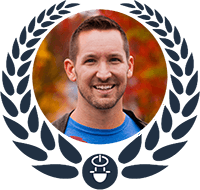 Rob Jagnow is the Founder and CEO of Lazy 8 Studios in San Francisco, California. After completing his Ph.D. at MIT, Rob got his start in the game industry at Demiurge Studios in Cambridge, MA. In 2007, he moved to San Francisco to start his own company. Cogs, the first indie title released by Lazy 8 Studios, has won several awards, including the Grand Prize in the professional category at the 2010 Indie Game Challenge. 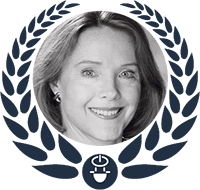 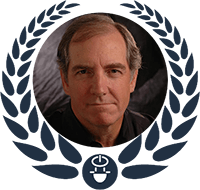 Ellen McLain and John Patrick Lowrie will be returning as guests from 2013’s GaymerX. Ellen is an American opera singer and voice actress most known for providing the voices of GLaDOS in the popular Portal series as well as the Jaeger A.I. in the film Pacific Rim. John is an American voice actor, actor, musician, and author, best known for voicing the Sniper in Team Fortress 2. Together, they are a fun and brilliantly-talented couple who pulled off a beautiful surprise proposal for a man to his boyfriend at the first GaymerX. This year they will surely bring more surprises and fun as a part of the GaymerX family.