**Hello again Gaymers, it’s Brett, your fearless conductor of a fancy blog train barreling headlong toward Issue Town and Frivolity-burg, and you’re here for the fourth installment this little ongoing series called Gaymer Q&A, which well delve deep into the rich world of Gaymer life and culture.  Also jokes! In short, it will fall somewhere between a long measured stare at a Jackson Polluck painting and a C-C-C-C-COMBO BREAKERRRRR!.  Enjoy! Opinions of this blog post do not necessarily reflect those of GaymerConnect and are my own, a cis-gendered gay male who is also a dervish of declension and conjurer of conjugation with a million hit points and maximum charisma.**

Q: When did “nerdy” become cool?

A:  It’s been about a decade now since it became fashionable for just about every celebrity, model, sports star, and adorably quirky girl to proclaim that they are “nerdy” at times.  But this certainly wasn’t always the case.

During the 80’s, there were any number of movies and TV shows that cashed in on a generation’s fascination with video games (ones other than Pong.)

Take this Goonies-esque movie starring a young Fred Savage, The Wizard, where a bunch of kids go on a road trip to win some big video game competition by playing Mario 3.

1) When the hell did trailers basically show the entire plot of the movie?

2) The “wizard” kid in the movie gets the whistle in Mario 3 stage 1-3 by ducking on those white blocks, falling behind the screen and running to the end.  Without ever playing the game before?  I call super mega bullshit.

But this movie gives you the impression that not only are video games cool, but you should want to be cool badly enough to buy some ridiculous crap like the Nintendo Power Glove.

Now contrast that with the classic goof-around movie Revenge of the Nerds, where I’m pretty sure they also play that godawful “It’s Hip to Be Square” song.  See the clip below for John Goodman screaming “NERDS!” at the top of his lungs.

The nerds are by no means cool, and having a movie where the nerds are the protagonists was just another way for Hollywood in the 80’s to produce a movie where scrappy unlikely underdogs win out at the end of the day (also montages!).

As the 90’s came along, video games weren’t so new anymore, and the adults who had considered it ok to have “Pac-man fever” had started to have kids.  Those kids weren’t as interested in their parents’ old cabinet arcade games, theirs was the age of the NES and SNES, of GameBoy and GameGear, and crazy offshoots like Jaguar64 and Virtual Boy.

And sure there were movies involving video game IPs, but they were direct translations of what the video games would be like if played by live action actors.  Between 1993 and 1995, “Generation Y” kids were treated to the following adaptations of their favorite games: Mortal Kombat, Super Mario Bros., Double Dragon, and Street Fighter.

Here’s the theatrical trailer for Mortal Kombat, and I think the soundtrack is possibly one of the finest for any video game movie.

So gaming itself wasn’t cool, and the stories in games were only really cool when someone took them and and splattered them all over the big screen with some funky special effects.  If you were an adult in the 90s, it is unlikely that you heard anyone bragging about their prowess in Final Fantasy Tactics, but if you were a kid, you probably dreamt of going on Nick Arcade.

I grew up in the 90’s, so I got the better part of that experience.  Almost all of my friends played video games, and being a gamer didn’t mean you were a nerd.  I’m almost certain that no actors or famous models were copping to playing Sega in their spare time, although I do like to imagine that Claudia Schiffer was playing Shinobi instead of doing a rail of coke off her photographer’s unit.  (Ms. Schiffer, if you’re reading, I don’t mean that. Call me!)

To sum it up a little clearer, here’s a the breakdown:

Being a nerd/underdog -> kinda cool

Being a nerd/underdog -> not so cool

Now in the year 20XX, we live in a strange new world where every mildly popular guy or gal will drop a video game reference to up their cute nerd quotient.  Internet lists like this article, help to promote the idea that actors, rappers, and even some chick from America’s Next Top Model are gamers with some “cred” (puke).

Look at this equation below for an explanation:

At some point in the 2000s, celebrities realized “holy poop nuggets, EA made like 10 kajillion dollars last quarter!” and decided they too needed some of that video game moolah.  Thus, it became a thing to publicly voice your support for things like Madden, Halo, WoW, and the Sims.

I don’t mean to make this all about money either.  Although the degree to which actors and celebrities have been interviewed about their gaming or nerdy sides has certainly increased in the last 10 years, the variety of more easily accessible games has increased as well.  We now walk around with smart phones that are far more powerful than those heavy grayish-beige plastic boxes that we put other smaller plastic slabs into in the 90s in order to play games.  It makes sense that things like Angry Birds, Words with Friends, and just about any Zynga game have served to bring more of the general populace into the gamer fold.  People like this girl.

So because games are now not only embraced by celebs but also widely accessible via your iPhone or Samsung Galaxy Nexus Axiom Quasar SS (coming Q3 2014), it’s easy to be a gaymer or nerd.  Well, easy to pass yourself off as one for the social cachet.

It’s a funny thing, real nerds don’t like being called nerds.  Most of them had enough of that growing up, being teased for liking science or having basic literacy skills.  Take this story for an example.

I once had a job as a lifeguard in high school, and during my breaks I would read fantasy novels in the employee break room.  One of my older co-workers saw me reading some RA Salvatore novel and asked me if it was for school.  After I replied that it wasn’t, she seemed genuinely confused and then asked why I was reading it.  I explained that it was part of a larger series I liked and that it was compelling, but she had already stopped listening, given a heavily lilted “that’s weird,” and left the room.

That was my experience of pursuing things in the nerd spectrum, and it certainly wasn’t rosy.  So whenever I hear someone proclaim through social media or even in person that they are “such a nerd lol!”, I assume odds are that they just enjoy the attention it brings when they say that. 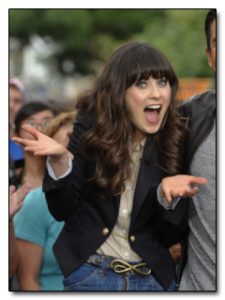 For the record, I like all of those things, but I don’t particularly care for dilettantes thinking they’re cute by labeling themselves as gaymers or nerds.  Subcultures aren’t exclusive country clubs, but everybody hates a tourist, especially when they have no real interest in the culture.

I welcome everyone to join me and other gaymers in enjoying our passions, but I invite them to realize that there’s a difference between Xzibit tweeting about being on Xbox Live and me spending two hours trying to craft a great D&D campaign for the next tabletop night with my friends (complete with maps of course).

P.S.: There are many non-poser gamers who are also famous.  Take Felicia Day

How’s that for nerdy?